Categories
Search by Price
Your Cart
Items in your cart: 0
Subtotal: $0.00

From the back cover:

In 2014 the powers that be claimed to have finally provided college football with a true playoff to determine a champion in the sport. ESPN, bowl committees, sports radio, and many pundits have extolled the new system. A careful and detailed examination of the new process, however, reveals that in reality very little has changed. The new system preserves the old organization, which ensured that only a few teams would ever be considered for the championship. It puts the Power Five leagues into the position of a closed shop, where no one outside their membership will ever be considered for the four slots the current college football playoff (CFP) allows. The other five leagues (known as the mid-majors) are a perpetual junior varsity that stands on the sidelines praying for a chance to stand briefly outside the shado of the big guys, who pat them on the head occasionally. ESPN and the bowl committees, along with the league commissioners of the Power Five conferences have had their way for far too long. It is time for fans around the country to demand a sixteen-team playoff. This slender volume details how the current situation came to be and how it is maintained, as well as how it is unfair, arbitrary, discriminatory, and downright corrupt. Despite what pro-CFP pundits maintain, college football remains the only sport played on college campuses that has no true national champion. The University of Central Florida is the latest victim of the CFP hoax to be excluded from a chance to prove themselves. Before them were Utah, Boise State, and Texas Christian University. It is time for college football fans to force the so-called Power Five to move over and allow others at the main table of college football. COMMON SENSE DEMANDS IT!

From the back cover:

In 2014 the powers that be claimed to have finally provided college football with a true playoff to determine a champion in the sport. ES ...

Your Cart
Items in your cart: 0
Subtotal: $0.00
Featured Product 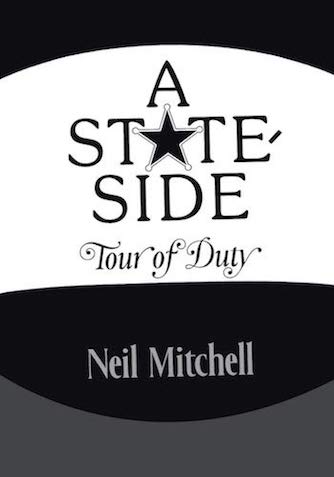 Nick Moultrie is drafted into the US Army at the height of the Vietnam War. By dumb luck ....

A StateSide Tour of Duty

A StateSide Tour of Duty